I didn’t know what to expect when I wandered downtown this morning. The website said the march started at 11 am. Did that really mean 11 am? Or did that mean 11:45 am? Or even noon? Is this an on-time town? The skies were a dismal grey, and though the rain had temporarily stopped, it was still very cold. Would people show up? Would people stay in their warm houses? Would I show up? For about half a minute I considered staying home, and then I realized that was ridiculous. I had to show up. I had to show that I’m horrified by the amount of gun violence in this country. That I’m horrified that it was even *suggested* that teachers carry loaded guns. That I’m horrified that the two NC Senators who supposedly represent me, Thom Tillis and Richard Burr, have accepted among the greatest donations from the NRA. I put on as many layers as I could and headed downtown. I walked to the meeting point and was heartened when, from over a block away, I heard a marching band. Life’s always better with a band.

I rounded the corner and saw hundreds, if not thousands, of people already there. I wandered through the crowd, looking at signs, saying hello, and making small talk with folks. As the time grew closer to 11 am, more and more people filled the square. And then, at 11 am, a few people took to the bullhorns. I kind of couldn’t believe it. The march was starting on time. A couple of students gave inspirational messages in both English and Spanish, and an organizer shared the rules for the march: stay on the sidewalk and don’t engage with counter-protesters. Neither instruction was necessary because the streets had been blocked off and there weren’t any counter-protesters.

We walked four blocks to a park, and by noon the speakers were speaking. Again, I was in disbelief at how organized and well run the event was. We heard from a teacher, from a student from Stoneman Douglas High School, from local high school students. Signs reminded us:

I was so happy that I showed up (and on time!). 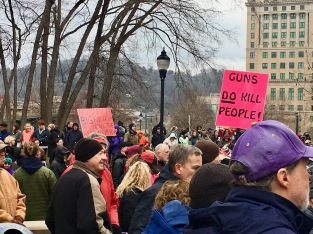 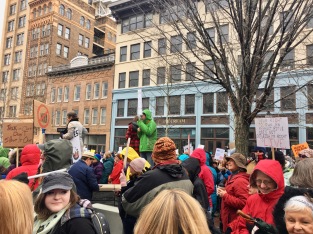 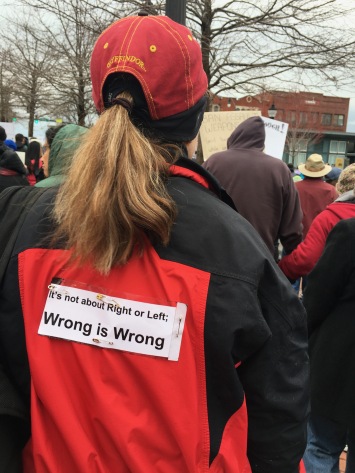 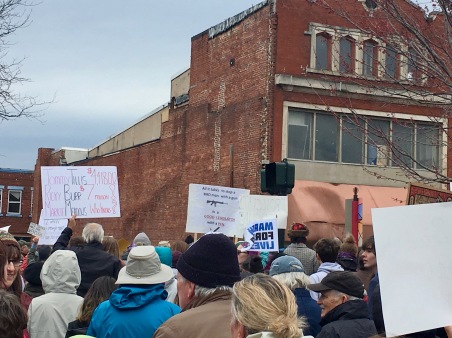 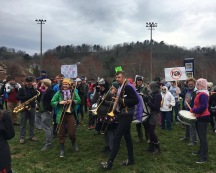 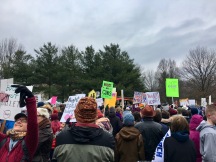 6 thoughts on “March For Our Lives – Asheville”