I first heard of Halong Bay when working for Room to Read. We had moved into a new office, and had a contest to name all the new conference rooms. Someone suggested naming the conference rooms after famous places in the countries where we had program operations. Mount Everest, Kruger, Luang Prabang, Halong Bay…

I hadn’t heard of Halong Bay before then, but the pictures looked magical.

Fast forward five years. I’m working for another company, and we’re having a team meeting in Vietnam. In Hanoi, in the north. And one of our outings is to Halong Bay. On a boat, overnight. I was ecstatic. I was finally going to visit the magical Halong Bay.

And it was. Magical. Even in the harbor, surround by other boats (which brandished “SAFETY FIRST” in big letters on the steam pipes) it was magical. We leaned on the railings and looked out at the karsts in the overcast day. As we began to sail, our host explained that legend had it that the Vietnamese were fighting against invaders from the north. The Jade Emperor sent a dragon to help, incinerating the enemy with fire and emeralds. The emeralds scattered on the battlefield, forming a defensive wall against the enemy (the emeralds eventually turned into the karsts that can still be seen today).

We sailed through the rock formations, each more magical than the last. We paddled in kayaks among the karsts. We swam in the warm waters of the bay. Calm descended. We were quiet as the sun set, enjoying the magic of the dragon’s remains. 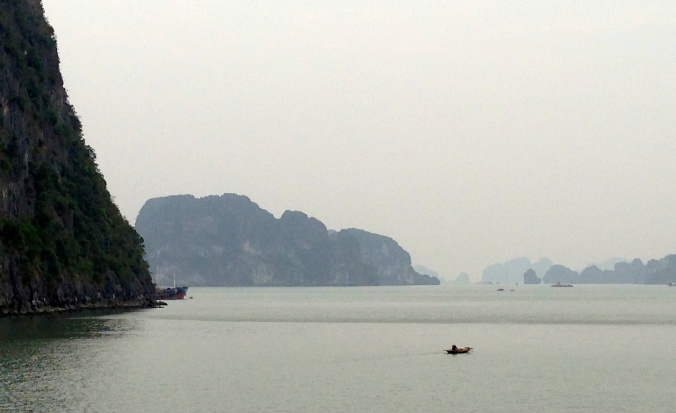 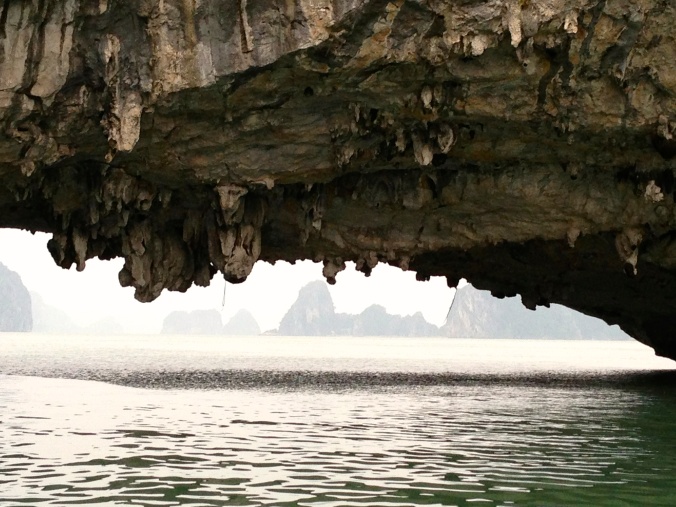 One thought on “Halong Bay”