I’ve always been a proponent of visiting new places, seeing new sights. This past week I was in Iceland for work. A year and a half ago I was in Iceland for vacation. I choose Iceland for vacation because I wanted to go somewhere that was cold and dark and would aid great sleep. I also wanted to see the Northern Lights. To my delightful surprise, I discovered that Iceland has the most comfortable beds of anywhere I’ve slept in the world. To my dismay, I never saw the Northern Lights.

When I learned that the team had chosen Iceland for the team meetup, I booked my ticket. There wasn’t the excitement I feel when traveling somewhere new. There was the excitement of the opportunity to spend several days with the team.

Once I landed, there was something comforting about being in a city I had been in before. Reykjavik is an easy city to know (not such an easy city to spell). I knew the streets, where the main shopping street was, where the cute pond with the ducks were. I knew where the post office was and where to buy stamps. I remembered the grocery store. I remembered the church and the amazing views you could see from the top of the tower. And with all that knowing, there was still much to discover. We ate at new restaurants. We visited new pubs. We stayed in a new neighborhood.

Some of my favorite moments were:

Drinking a polar beer (not bear!) and sharing stories with Krista

Observing the beautiful graffiti on the sides of buildings 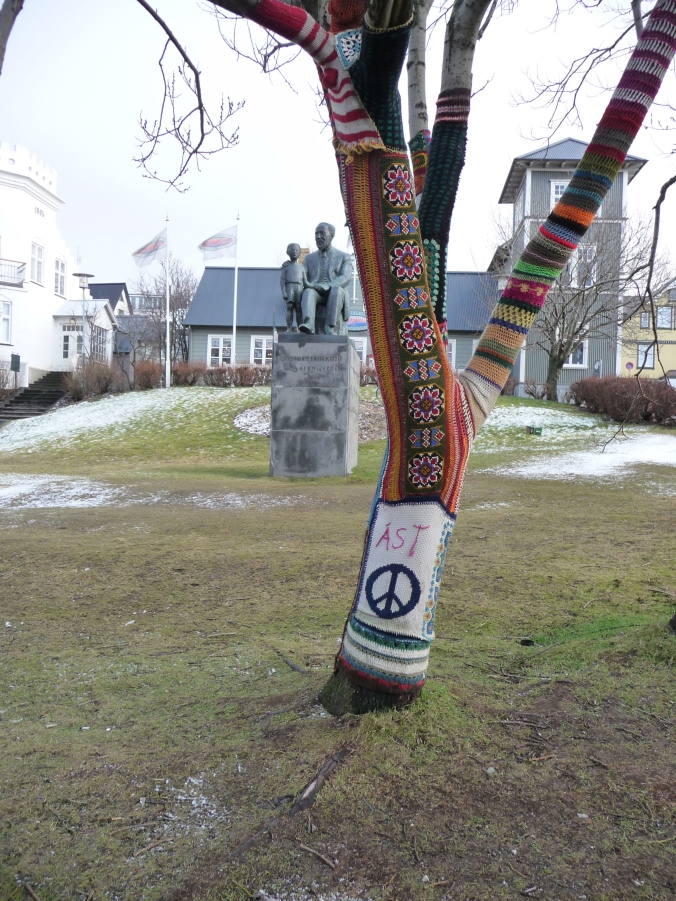 Observing quirky sites around Reykjavik, like this sweater covered tree

Viewing the swans and ducks on the pond by City Hall

Enjoying a few hours at the Blue Lagoon before returning to the US, eating Skyr, watching giant snowflakes fall from the sky, and most of all, spending time with colleagues that I respect and admire and don’t get to see nearly often enough.

Leave a Reply to I'd Rather Be In Iceland Cancel reply