Today marks one year since Dad passed away. In some ways, it feels like yesterday that we were in the ICU, holding his hand, talking to him and praying as he was taken off life support. And in other ways, it feels like a lifetime ago. There have been so many moments this year that I’ve wanted to talk to him, or tell him “I love you,” or seek his advice, or give him a hug. For fifty years he was my biggest cheerleader, my rock, my support.

I predicted today might be emotional (and yes, there were many tears) so I took the day off work. Months ago, my grief counselor recommended I think about how I wanted to spend the day. What I wanted to do was spend the whole day on the mountain, wandering in the woods, then having a nice dinner with Mom and we could share our favorite memories. And maybe that will happen next year. When shelter in place orders were given, I thought, “Well, I anticipate I’ll be pretty teary, I might as well spend the day unpacking some of the boxes I haven’t gotten around to and going through all the files.” (Note: In hindsight, this wasn’t really the best way to spend the day.)

For the year since his death, I’ve been plagued with nightmares that I didn’t tell him everything I needed to. Did he know how much I loved him? Did he realize how much his guidance had influenced me? Did he know how much I respected him? I know that he knew I loved him. We said it all the time. We were affectionate. We hugged each other before bed, and said, “I love you; see you tomorrow!” But did he really know what that meant? I would wake up in a cold sweat, screaming, worried that things were left unsaid.

On December 26, 2018, I boarded a plane for Bogotá, Colombia, to visit friends and celebrate New Year’s with them. I had spent the prior week with Mom and Dad, and Dad wasn’t feeling great and refused to go to the doctor. I remembered writing him a heart felt Christmas card (more like a Christmas letter) and leaving it on his desk. When I arrived to Bogotá, I learned after I left he had gone to the ER and had been admitted. I re-booked my return flight to come home early and went straight to the hospital. That was the beginning of the four and a half month journey, ending with his passing on April 14, 2019.

I never knew if he read the letter, as it sounded like they went to the ER shortly after I left. Once back, I asked him why he waited to go to the ER, and he said he knew that I wouldn’t go to Bogotá if he wasn’t well (which is true) and it was important to nourish relationships.

And today, as I was clearing boxes, I found the card/letter I had written, tucked into his day planner. The envelope appeared to have been torn open hastily, it wasn’t the neat slit that was the mark of bills and letters in their household. I re-read the letter, and understood that he knew.

I love you so much and I can’t imagine a life without you in it. It’s been so hard to see you in pain and I wish there were something I could do to ease the pain and discomfort that you’ve been feeling. And now I worry that I haven’t told you everything that you need to know – that I love you dearly. That I aspire to be like you – selfless, compassionate, and loving. You’ve been such a sounding board throughout my life – helping me with both minor and major decisions. Your guidance has turned me into the writer I am – one who loves the craft. I admire your patience with mom, and how much love and care you shower her with. I admire your quest for justice and your commitment to equality. I love how you’ve crafted a life that is extraordinary for both you and mom. I love how open you are to learning and curious about the world. It’s been one of my joys to travel with you and mom as an adult. I think fondly about how we rode camels in Egypt, how we navigated through the Seoul subways, how we walked along the Great Wall in China and then ate the soup where we had to crumble our own crackers. And celebrating your 50th wedding anniversary in Vienna was such a treat. It really was magical wandering from market to market, watching the snow fall gently (and not so gently), and listening to the music. You’ve been the best dad – there’s nothing I would have changed, even if I could. Whenever friends and colleagues meet you, they comment on how lucky I am – and it’s true.

I love you so much,
Lori 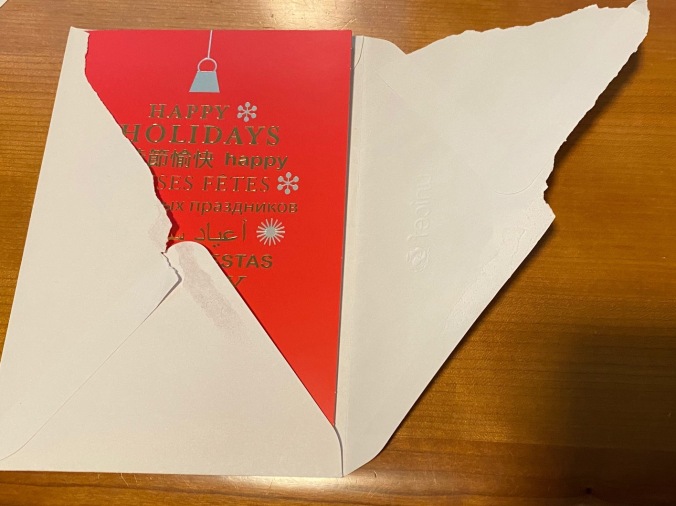