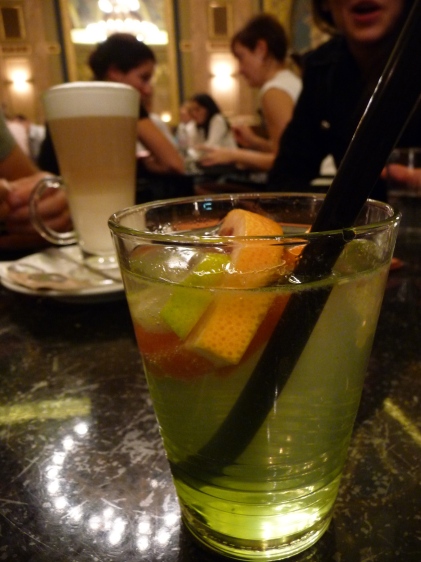 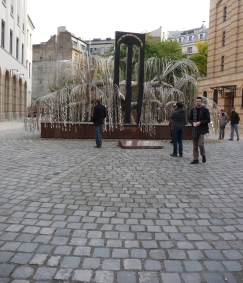 What would a trip to Hungary be without experiencing the baths?

After negotiating the awkward “Oh, men and women are in the same area to change into their swimsuits” with my work colleagues (in separate small “cabins”, but still a surprise since we entered through separate entrances) we made our way through the maze of baths. We wended our way through small baths, medium baths, mineral baths, warm baths, cold baths, exercise baths. And then. Oh, my. And then we stepped outside into the chilly air. Where we were met by three palatial pools, misty steam rising from the surface.

As my toes broke the surface of the water, I let out a long “Ahhhhhhhhhhhhhhhh.” And slipped down further into the hot steamy water. I enjoyed delightful conversations with my co-workers as I floated, stood, and sat in the pool. Another group told us about the pool on the far side of the courtyard, exclaiming excitedly about currents. Hesitantly, we arose from the hot water, walked for a few minutes, then re-entered the other pool. The highlight was a circular area in the center of the pool, where bathers seemed to be frolicking in a water-based conga line. I joined, and was told to stay close to the edge. There the jets were more powerful and propelled us around and around, somewhat forcibly. It was virtually impossible not to laugh as we were tumbled about, bumping into others and laughing, “Sorry!” in multiple languages. It was impossible not to feel happiness, not to exude joy as you were pushed around. Eventually, the jets turned off, and we returned to the soothing hotness of the original pool. Another great day in Budapest.

Fresh fruits and vegetables. And peppers.

Relaxing at the cafe

I love walking, especially when exploring new cities. Today we meandered throughout the city: 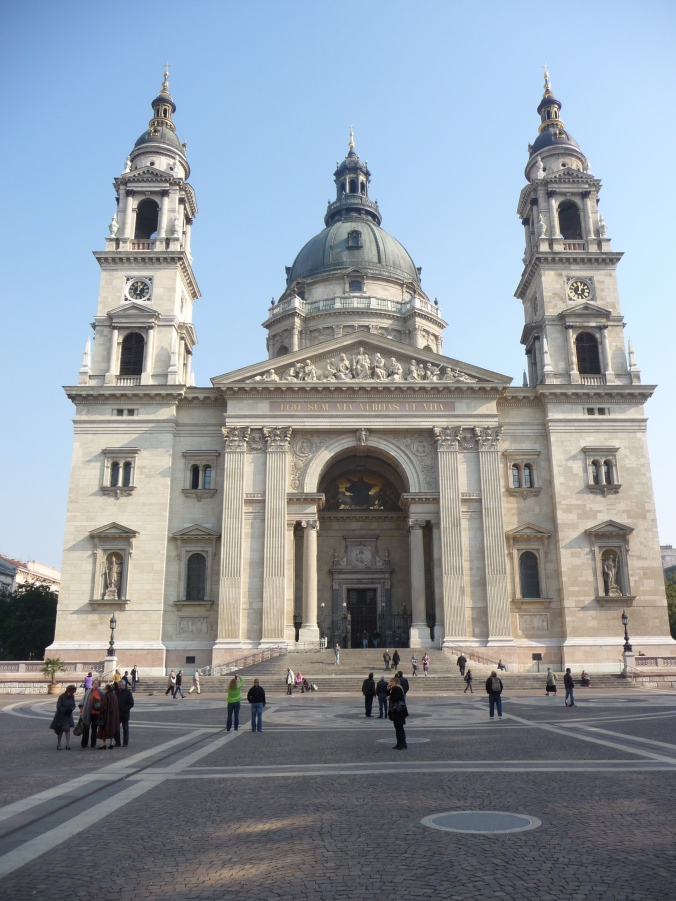 Walking with Ronald Reagan, “A Country Boy Against the Evil Empire” as the dedication plaque read

When I landed, I wanted more than anything else to do the one thing you shouldn’t do when trying to ward off jet lag: sleep. Just a short nap. It wouldn’t do me any harm, right? As much as I wanted to sleep, I knew that if I did, I would be paying for it dearly for the next week. So I walked. I walked down one of the main streets, across the bridge, and back along the waterway. Budapest is beautiful by night.

Castle view from the bridge

The banks of Buda from the bridge